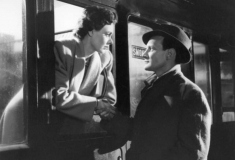 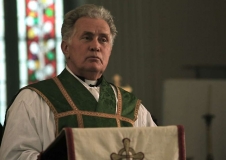 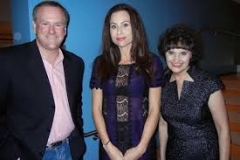 “Stella Days” (2011): Martin Sheen stars in this 1950s-set Irish drama as a Catholic priest who would rather raise money to build a movie theater than a redundant new church in his small village. The film received nine Irish Film and Television Award nominations, including a best film and a best actor nod for Sheen.

“This Happy Breed” (1944) and “Brief Encounter” (1945): David Lean directs two Noël Coward adaptations with these classic dramas. “This Happy Breed” focuses on a working-class London family between the world wars, while “Brief Encounter” – an adaptation of Coward’s “Still Life” – stars Celia Johnson as a wife tempted by the attention of handsome doctor Trevor Howard.

“56 Up” (2012): It has been almost 50 years since director Michael Apted first captured the lives of a group of English children in “Seven Up!” Seven documentaries later, that same group is now in late middle age, wrestling with aging along with social, political and class issues.

“Hunky Dory” is a dream project for Minnie Driver, a 1970s-set musical in which she plays a dedicated teacher in Wales directing her teenage students in a kind of homemade rock opera, a celebration of youth in the final weeks before it is time for them to graduate into their adult lives.

It is a film that allows Driver – who is also a singer-songwriter – the rare opportunity to demonstrate her vocal talents onscreen while paying tribute to the school plays that first inspired her love of acting. It is also the exuberant movie that opens San Francisco’s 2013 Mostly British Film Festival, which Driver will attend and take part in a Q&A.

“It was such a wonderful complement of things that I love, music and sort of slightly distracted teenagers and teaching and sort of the crossroads that you reach in your life,” Driver says in a recent phone call. “It was such a brilliantly drawn picture of life. It was one of the greatest times I’ve had making a film. It was magic, absolute magic.”

The 42-year-old London native made her own school stage debut at 6 in a play that the students wrote with the help of their teacher.

“I remember very clearly, we were allowed to have a prop and an idea of the character we wanted to play,” Driver says. “I said that I wanted to be a storyteller and I wanted a rocking chair, so my teacher sort of created this weird narrator once they got the story going and I played a very old lady when I was 6. That was my first experience. It was great.

“Whether you’re a cool kid or not a cool kid or you’re drama kid or not a drama kid, when you get swept along in a show, it is the most wonderful thing,” she adds. “There is such power in it, because for kids, you’re finally in charge in a way and it is so other from your life.”

Driver’s young co-stars include Aneurin Barnard, Olivier Award winner for his starring role in the West End production of “Spring Awakening,” and Tom Rhys Harries, who is currently filming the action adventure “Ironclad: Battle for Blood.” She predicts long and brilliant careers for them, but there were some in the cast who are not interested in pursuing acting careers at all. That lack of driving ambition may have been behind the relaxed, joyful attitude that reigned on the set.

“They weren’t that bothered, which meant they could just enjoy it and celebrate all of it as this great experience,” she says. “There wasn’t any pressure on them. They just were in the present moment, and I think that’s very apparent in the film.

“They’re all so young and full of that joy and mystery about being young, and they were just good spirits, such good, unjaded, lovely spirits, all of them.”

With a soundtrack that includes versions of Electric Light Orchestra’s “Strange Magic” and “Livin’ Thing,” 10cc’s “I’m Not in Love,” David Bowie’s “Life on Mars?” and “The Man Who Sold the World” and more of the era’s hits, “Hunky Dory” was also a blast straight to the past for Driver, who remembers sitting in the back of her mother’s Volvo as a little kid soaking up all of those songs. At the same time, she acknowledges that beneath the music, the humor and the coming-of-age yearnings in Marc Evans’ drama is something more serious and darker.

“Thatcherism was burgeoning,” she says. “The mines were about to close. The U.K. was about to be thrust into one of the darkest, most difficult times in recent history on a sociopolitical level, and Marc didn’t put that in the film. He wasn’t pushing any buttons trying to get people to remember what was coming, and yet if you’re a certain generation and you’re a European, you know that what he captured was the last days for these kids’ youth in a way and also the real world that was coming was going to be hard core.

“I think it was brilliant of him not to sort of siphon any of that into the movie, because if you know you know, but those teenage kids – no matter where you grow up – that last moment is like a mayfly, it’s brief and very, very bright and beautiful.”

Mostly British Film Festival noir double feature: The San Francisco Neighborhood Theater Foundation’s festival is only in its fifth year, but the annual noir night, programmed and hosted by British-born Bay Area mystery author Tony Broadbent, already seems like a natural classic. This year it’s a James Mason two-fer: “Odd Man Out” (1947) stars a 38-year-old Mason as an Irish rebel hunted by police – a tense, black-and-white masterpiece by the same director-cinematographer team (Carol Reed and Robert Krasker) that later made “The Third Man.” Sidney Lumet’s “The Deadly Affair,” on the other hand, is rooted in the jigsaw irony of 1960s thrillers, with a 57-year-old Mason as John le Carré’s George Smiley (inexplicably renamed “Charles Dobbs” in the film; it’s based on “Call for the Dead,” le Carré’s first novel). 7 p.m. Friday at the Vogue Theatre, 3290 Sacramento St., S.F. (415) 346-2288. www.mostlybritish.org.

Australian musical comedy The Sapphires is one of the music-related highlights of the 2013 Mostly British Film Festival, which runs from Jan. 17-24 at the Vogue Theatre in San Francisco.

Those that missed this gem of a film when it was released late last year will have another chance to see it this weekend. Adapted from a stage play by Tony Briggs (known for the Aussie soap opera Neighbors), The Sapphires is based on the true story of his mother, who toured Vietnam to entertain the troops in the Sixties as part of a Supremes-inspired Aboriginal all-girl group. The film broke box office records when it was released in Australia, and the Motown-infused soundtrack was the first since Moulin Rouge to top the album charts there.

Though very much a light-hearted, feel-good musical comedy, The Sapphires does touch on the darker aspects of the era as the ladies navigate prejudice to bring their music to the masses — and forgo country music to find their soul. The film stars Chris O’Dowd, the Irish actor who won hearts and minds as Nathan Rhodes in Bridesmaids. As The Sapphires’ quirky manager — who holds the opinion that “90 percent of all recorded music is shite” and “the other 10 percent is soul” — he steals both laughs and scenes.

“I thought it was a little indie Australian film that would at most make it to New Zealand and Tasmania,” said O’Dowd of the project in a BBC interview. “I didn’t think it was something that was going to try and take on the world.”

Other festival selections that will be of interest to music fans include Hunky Dory, a musical from the producers of Billy Elliot that features popular songs from the ‘70s, and Backbeat, which focuses on The Beatles’ pre-fame.