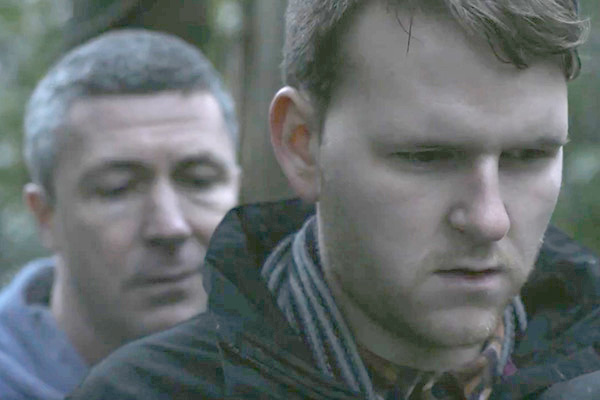 Breezing onto the big screen like a small-screen observational comedy, complete with a deadpan voiceover, longtime collaborators director Jamie Thraves and actor Aiden Gillen’s (“Game of Thrones,” “The Wire”) latest is a not-exactly-documentary-not-really-fiction film– a low-fi, freewheeling, meta-riff on fame with Gillen playing an iteration of himself, an actor named Aidan who lives alone with a dog, struggles to connect with his (real-life) teenage daughter, and has mixed feelings about fame. He has a bad back, can’t sleep, and is playing a serial killer – the element which eventually lifts this good-natured Dublin-set charmer into pure fiction. One hopes. With a dark underpinning that repeatedly bubbles to the surface, a solid sense of humor, and a rollicking lens on the absurd, this is a uniquely entertaining film. Ireland 2017 (75 minutes)