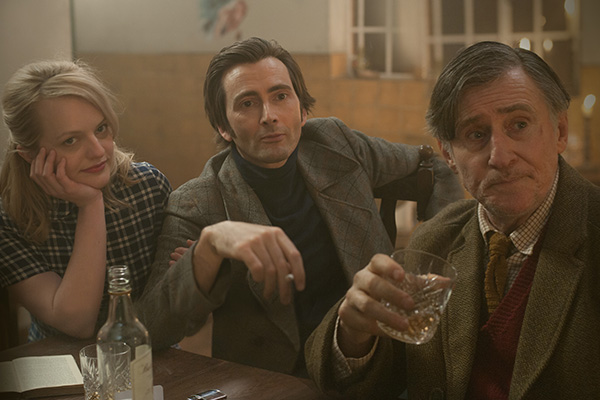 Mad To Be Normal

The versatile David Tennant transitions from Dr. Who and “Broadchurch’s” Alec Hardy, DI, to give a dazzling performance as Dr. RD Laing, the radical and controversial psychiatrist who became a 1960s counterculture hero for advocating for the mentally ill. One of Scotland’s greatest minds, Laing adopted humane holistic treatment for mental illness using as tools group therapy and communal healing. Drugs were prohibited except for the experimental use of LSD. Based on a book of the same title of conversations with Laing, the film is largely set at a refuge Laing set up at Kingsley Hall in east London. Gabriel Byrne and Michael Gambon are illuminating as patients who adore their hard-drinking, emotional shrink. Elisabeth Moss brings out Laing’s soft side as his partner. This absorbing biopic, directed by Robert Mullan, captures his impact on mental h ealth around the world. UK 2017 (106 minutes)

“One of David Tennant’s best performances-he is in a pugnacious, mercurial and beady-eyed form.” The Guardian

The film will be introduced by Dr. Michael Guy Thompson, who joined Laing in 1973 and became an integral part of his practice, living in one of the post-Kingsley Hall therapeutic communities. He now practices psychoanalysis in San Francisco.

BUY TICKETS FOR: Mad To Be Normal