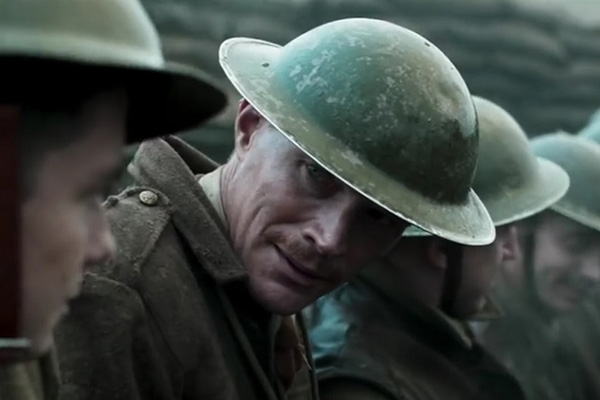 The title comes from an unidentified source but captures the spirit of this revival, first performed on stage in1928 in London, starring Laurence Olivier, and later made into a film in the 1930s. Directed by Saul Dibb, this powerful classic holds up as a heart – rending glimpse into World War 1 in 1918, on the eve of the Spring Offensive in France, as a small group of officers wait in the trenches, knowing they are to be sacrificed. Set in a dugout over a period of four days from March 18-21, a very fine cast reenacts the psychological toll this real-life event costs, as they fight fear, claustrophobia and misery to maintain patriotic decency in the line of duty. Sam Claflin (“The Hunger Games” sequels) plays the captain who leads the unit through a haze of alcoholic despair. He has lost it. Fortunately, he is nobly supported by Paul Bettany (“A Beautiful Mind”) as a caring, schoolteacher, his second-in-command, who strives to maintain morale. A new recruit played by Asa Butterfield arrives bright- eyed, but way out of his depth. Dibb’s excellent screen revival will mark the centenary of WW1 early next year. His film is timely, honoring the sacrifice demanded of so many, the dignity they demonstrated and ultimately the futility of the wars they fought. With Toby Jones, Stephen Graham, Tom Sturridge and Robert Glenister. UK 2017 (107 minutes)