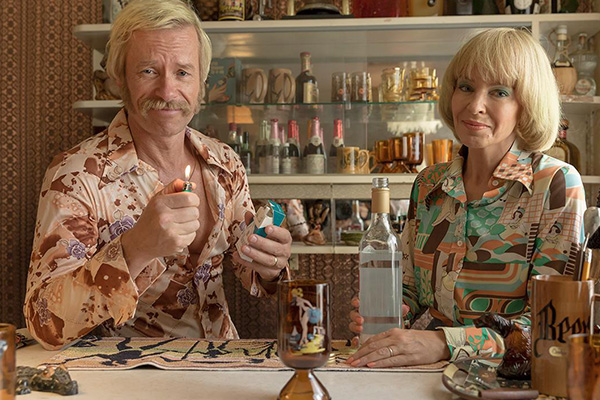 Sponsored by the Australian Consulate of San Francisco

From Stephan Elliot, writer and director of “The Adventures of Priscilla, Queen of the Desert,” comes this hilarious and raunchy comedy about growing up in a Sydney beachside suburb during the swinging 1970s. Guy Pearce who became a star playing a drag queen in “Priscilla” is this time cast as one of the parents, along with Aussie star Radha Mitchell (in person at the festival), attempting to raise their children in relatively privileged circumstances between wild partying and general outrageous behavior. For a couple of their teenagers their parents’ behavior is difficult to understand and makes coming of age all the more daunting. The teens are forced to deal with marital discord not to mention a beached whale. Clever nostalgic  references to the 70’s are a treat along with compelling character performances from the large cast including famous pop star and Australian TV icon Kylie Minogue and veteran actor Jack Thompson. Australia 2018 (97 minutes)

GUEST OF HONOR: RADHA MITCHELL
Australian actress Radha Mitchell will join us at the festival with two of her new films, which she will introduce and participate in a Q & A following the screenings. She stars in “Flammable Children,” as a parent trying to raise children in the wild 1970s in Sydney. In “Celeste” she gives a touching and vulnerable performance as a renowned opera diva who gives up her career for the man she loves and moves to a rainforest. Her films “Looking for Grace” and “The Waiting City” played in the Australian Spotlight section of the Mostly British festival. The critical success of “High Art,” one of her early Hollywood movies, gained her a wider audience. She has also worked in Hollywood on “Neverland” and “Melinda and Melinda.” Woody Allen hired her as the lead character Melinda without an audition on the strength of seeing one of her movies.

Introduction by Radha Mitchell followed by an explanation of Everything Australian by Mostly British board member Lachlan Welsh. Miss Mitchell will participate in a Q & A after the screening.