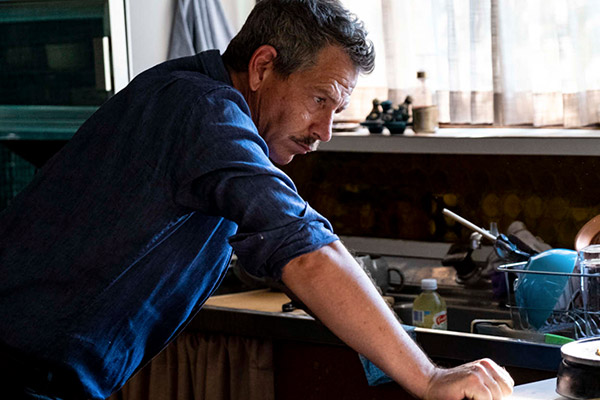 Ben Mendelsohn returns to his native Australia to make this touching family drama. He plays the psychiatrist father of a 16-year-old losing her battle against cancer. He and his wife manage to hold it together until their daughter, a beloved only child, falls head over heels for an older drug dealer with a magnetic smile and a touch of blarney. After initially warning her to stay away, the parents realize that this inappropriate beau makes their daughter feel alive. Based on a hit Australian play, Shannon Murphy’s first feature has been collecting raves at film festivals.

After a rich career in Australian films and television, including a breakout role in “The Year My Voice Broke,” Ben Mendelsohn became known internationally for the crime drama “Animal Kingdom.” Since then he has had roles in “The Dark Knight Rises,” “Rogue One,” “Captain Marvel” and “Spider-Man: Far From Home.” He won an Emmy for the Netflix series “Bloodline,” and is currently starring in HBO’s “The Outsider.” He will be interviewed by fellow Aussie James Wooley, the new executive Director of Frameline, San Francisco’s International LGBTQ+Film Festival. Wooley previously was head of marketing and customer relations at the Sydney Film Festival.