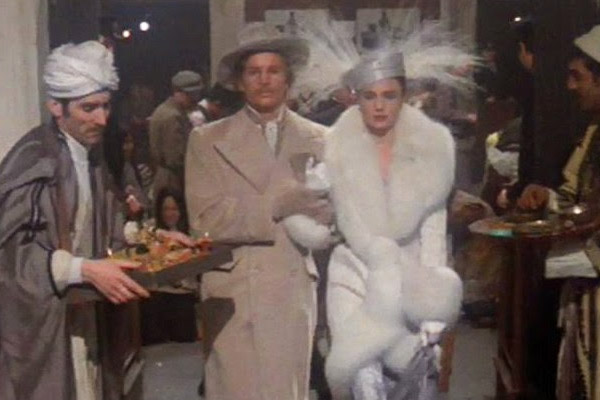 An Evening with Anne V. Coates / Murder on the Orient Express

The famed British film editor Anne V. Coates began her career as an assistant on “The Red Shoes” in 1948 and two years ago was an editor on “50 Shades of Grey.” In between she was nominated for five Academy Awards and won an Oscar for “Lawrence of Arabia.” Just this year awarded an honorary Oscar known as “the Governor’s Award” by the Academy of Motion Pictures Arts and Sciences, she was introduced at the ceremony by Nicole Kidman and presented with her Oscar by Richard Gere. Miss Coates’ other films include “The Pickwick Papers,” “The Horse’s Mouth,” “Beckett,” “In the Line of Fire” and “Unfaithful.” She edited “Out of Sight” and “Erin Brokovich” for director Steven Soderbergh.

Miss Coates will be interviewed by the distinguished British film historian David Thomson, author of the definitive “The New Biographical Dictionary of Film.”

In conjunction with this interview Mostly British will screen Miss Coates’ film “Murder on the Orient Express,” an adaptation of Agatha Christie’s whodunit from the 1930s, set almost entirely inside the famous train. Albert Finney stars as Hercule Poirot who while on vacation finds himself solving a murder in one of the train cars. The star-studded cast includes Lauren Bacall, Jacqueline Bisset, Michael York, Sean Connery, Richard Widmark and Ingrid Bergman, who won an Oscar for her role.

BUY TICKETS FOR: An Evening with Anne V. Coates / Murder on the Orient Express